Nashville native was 'going Titans +6 all day long' against Seahawks 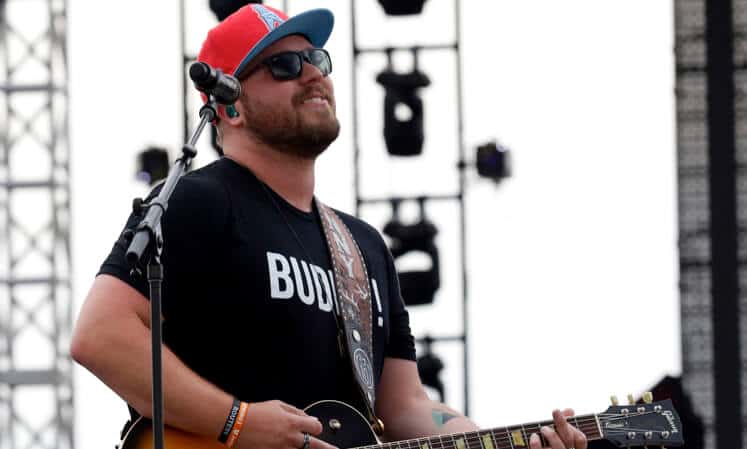 Mitchell Tenpenny was 10 when the Tennessee Titans began playing their home games in a new stadium in downtown Nashville. The year was 1999, and the future country music star and his brother were in one of the NFL team’s early local commercials.

“I just remember us as little kids getting to see ourselves on TV,” Tenpenny, a Nashville native, told TN Bets. “I just thought that was the coolest thing.”

Tenpenny’s family had season tickets in that inaugural campaign at Nissan Stadium, which ended when the team literally came up a yard short in the Super Bowl against the St. Louis (now Los Angeles) Rams. Despite that disappointing conclusion and the South’s regional tendency to favor college football over the pro version, Tennessee’s Super Bowl trip “instantly made [Nashville] a Titan town,” said Tenpenny, who added that when the Titans had some off years recently, the NHL’s Predators “filled the gap.”

Until a few years ago, Tenpenny — still a season ticket-holder — attended every Titans home game. But as his star has risen, a busy national touring schedule has prevented him from making more than about four games per year. Yet no matter where he is, he makes a point to watch his hometown team in action — including this past Sunday, when the Titans overcame a 14-point fourth quarter deficit on the road to upset the Seattle Seahawks in overtime by a score of 33-30.

Everyone drop what you’re doing and Titan Up immediately! @Titans

Tenpenny and his band were soundchecking in Connecticut before a gig with Brantley Gilbert on Thursday when he took time to answer a few questions about the Titans, fresh off a 38-13 Week 1 drubbing in Nashville at the hands of the Arizona Cardinals. Tenpenny, who likes to bet on sports when he’s in his home state, took a look at BetMGM’s spread on the Seahawks game at the time and announced that he was “going Titans on +6 all day long.”

That turned out to be a savvy wager, although Tenpenny would have balanced himself out if he followed through on his point total bet threat to “go under 54 for this week.” Still, his predictions that Derrick Henry and Julio Jones would bounce back from subpar outings turned out to be on the mark.

Best known for hits like “Alcohol You Later” and “Drunk Me,” Tenpenny just released a new album, Midtown Diaries, on Sept. 10. While it’s hard to imagine a Titans player supporting him to the extent that he supports the team, Tenpenny mentioned that offensive tackle Taylor Lewan, who sat out the Seattle game with a knee injury, is “a great supporter of our city and our bar music and our culture.” Tenpenny also noted that linebacker Will Compton is another familiar face on Lower Broadway.

“I’m a huge linebacker guy,” said Tenpenny, who played the position in high school before he decided to focus on music at Middle Tennessee State. “I love this Bud Dupree pickup.”