At UFC's sports betting partner, Chandler listed at +110 to Oliveira's -134 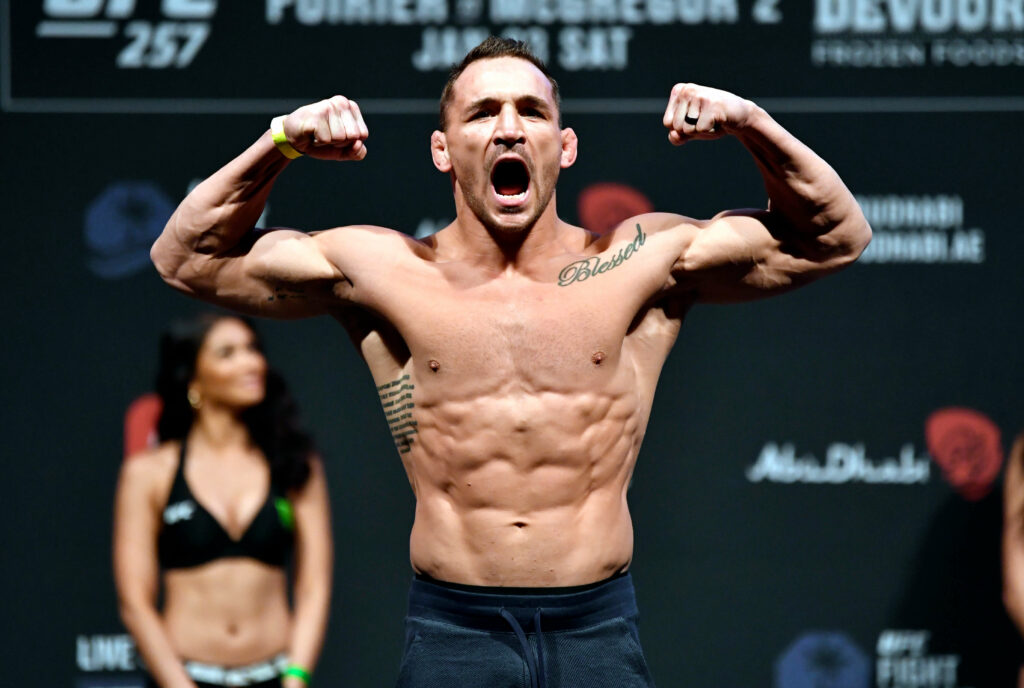 The UFC returns this weekend for its 262-numbered event, taking placing in Houston. At the top of the card is a lightweight championship bout to crown the division’s first undisputed champ since Khabib Nurmagomedov (29-0) walked away from the sport, at least for now.

Charles Oliveira (30-8-1), who is riding an extremely impressive eight-fight win streak in one of the UFC’s toughest divisions, will face former Bellator MMA champion and Nashville resident Michael Chandler (22-5), who is taking just his second UFC fight. Chandler surprised many by quickly knocking out elite lightweight Dan Hooker (20-10) as a slight underdog in January.

Most observers peg the fight as a hard one to predict. Chandler could have the wrestling skills to neutralize Oliveira’s world-class submission game, and he has the power to KO him, but Oliveira has looked elite on the feet in recent bouts. It’s also hard to imagine anyone wanting to take Oliveira down unless he’s rocked.

DraftKings, the UFC’s official sports gambling partner, listed Oliveira at -134 and Chandler at +110 as of Thursday afternoon. It’s close to a pick’em fight, with the odds reflecting widely held commentary that Oliveira has the edge. Chandler is on a more modest three-fight win streak.

Chandler is also older at 35, and Oliveira is 31. Fighters typically are in their prime in their early 30s.

Oliveira skeptics often point out that he had his fighter will broken in earlier losses in his career, but that should not be relevant anymore at this juncture. Chandler skeptics point out his weaker strength of schedule and that in 2019 he lost to Bellator’s current featherweight champion (a lighter weight class).

Fan favorite Tony Ferguson, 37, will compete in the co-main event against 32-year-old Beneil Dariush. Both men are lightweights as well, but they are at completely different stages in their respective careers.

Ferguson (25-5) was on one of the longest winning streaks in UFC history prior to a brutalizing loss last May to Justin Gaethje (22-3). Ferguson absorbed an obscene amount of damage and followed that up with a decision loss to Oliveira seven months later. Saturday’s fight is a crucial one for Fergsuon, who will be an underdog (+135) for the first time since 2016 and only the second time in his UFC career, according to BestFightOdds.com. He was only a +110 underdog in his 2016 fight against Rafael dos Anjos (30-13).

On paper, one could argue for slight value on Dariush in this spot given Ferguson’s age and signs pointing to him being on a relatively steep decline. Unfortunately, it seems like Ferguson might not be able to turn his storied career around as he nears 40 years of age. He’s taken a ton of damage over his career, as one usually willing to take punishment in order to dish it out. Even if he wins Saturday, his UFC days are numbered.