Election Year Could Delay Legalization Of Sports Betting In Alabama

Tennessee, Mississippi, and Louisiana are among nearby states taking advantage of legal sports wagering 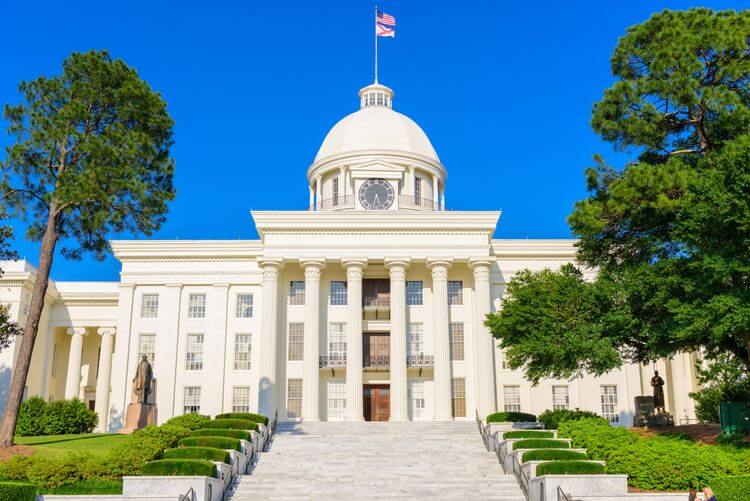 That could change in 2022, as Republican Sen. Greg Albritton plans to introduce a proposed constitutional amendment aimed at creating a state lottery and allowing a casino presence within the state, according to a report from The Associated Press.  Alabama’s SB319, a comprehensive piece of legislation that would establish a state lottery and legalize both retail and sports betting, made it through the Senate in 2021 before stalling in the House. The 2022 bill is expected to look similar to the 2021 version, and Albritton told the AP he’s hopeful to have a measure before Alabama voters in November.

The Alabama Senate has approved a proposed constitutional amendment to allow a lottery, six casinos, and sports betting in Alabama. The vote was 23-9. The bill goes to the House.

But there are significant doubts about whether the bill will have a different fate than that of last year’s bill. Alabama’s legislative session begins on Jan. 11 and ends on April 25, but other concerns may trump sports betting, especially during an election year.

“I would be very surprised if it would pass in a regular session in an election year,” Republican Rep. Steve Clouse told the AP. “By the time we get toward [the] end of March/first of April, people are going to be antsy to get out of there.”

Albritton hears the concerns about an election year, but brushes them aside. He wants the state to move forward with sports betting to take advantage of the potential tax revenue.

Some early numbers in Tennessee:

“The biggest pushback I have right now is from politicians who don’t want to face this in an election year,” Albritton told TN Bets. “That, I don’t care about. This is something we’ve got to face and we need to deal with it.”

Albritton is hopeful Alabama will act sooner rather than later to implement legal sports betting.

It’s likely that some Alabama residents have traveled across state lines to place legal sports wagers, while others may turn to offshore sportsbooks to bet on sports. Either way, Albritton knows such betting is happening, and he thinks his fellow politicians should act to ensure some of those dollars stay in the state.

“I am not a gambler, never have been,” Albritton said. “I’ve voted against gaming and gambling of all sorts at every opportunity. However, as I like to portray this, I wish I could calculate how much money was won and lost in the last three minutes of the Iron Bowl.  … This is something that’s already going on. This is Alabama, being played in Alabama, Alabama players, Alabama TV, all Alabama, and we did not get a single dime, nor do we seem to care about anybody else and what’s going on with it.”

The Iron Bowl is the annual college football matchup between Alabama and Auburn, and the game usually represents the regular-season finale for each SEC program. It’s one of the most intense rivalries in all of college football, and it draws major crowds each fall. In Albritton’s eyes, it also draws significant interest from sports bettors within the state, but they can’t place legal bets on the matchup within Alabama state lines.

Albritton, a lawyer who has spent time in both the Alabama House and Senate during his political career, wants the state to take control of the sports betting industry.

As for his legislation’s chances in 2022, Albritton is unsure, but he feels confident Alabama will eventually offer legal sports betting.